.braw files, including 12K-resolution footage, can now be transcoded once the original footage is uploaded to the cloud.

BURBANK, Calif.–(BUSINESS WIRE)–#blackmagicdesign–Content creators can now save hundreds of hours every year thanks to Alteon.io, an all-in-one hub for professional creatives, which today announced it can automatically transcode Blackmagic RAW (.braw) files natively in the cloud. 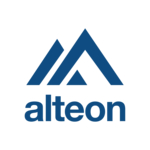 Blackmagic cameras and devices, capable of capturing video in resolutions up to 12K, have been go-to staples for production professionals for the better part of a decade, thanks to their ultra-competitive prices and remarkable image quality. Blackmagic has democratized broadcast-grade hardware by making it affordable for mainstream and independent creators—a mission Alteon has undertaken for digital workflows and remote collaboration.

“We want to meet our users where they already are,” says Matt Cimaglia, co-founder of Alteon. “The overlap between Blackmagic users and Alteon users is significant: this is a group of diverse professionals, including independent creators and members of bigger teams, who want to save money without sacrificing quality. At the same time, Alteon shares Blackmagic’s drive to create new opportunities for storytellers of all backgrounds by fostering accessibility and inclusivity within our creative community.”

Alteon is a content-management system built on principles of flexible cloud storage, world-class security and Web3 integrations. When content creators upload media to Alteon, the proprietary, high-speed Alteon Transcoder automatically transcodes workable proxy versions for easier handling, sharing, online viewing and real-time commenting. Blackmagic’s .braw is the first professional file format Alteon Transcoder can handle, on top of numerous other video file types, including .mxf, .avi, .mov and .mp4. Alteon users can then access both the transcoded proxies and original full-resolution files, which are never altered in any way.

For creatives shooting on Blackmagic cameras, this new advancement will save hundreds of hours in transcoding, which is a process that usually renders computers sluggish—if usable at all.

Alteon Transcoder won’t stop with just .braw files. In the coming months, Alteon will support RED and Arri RAW file formats, paving the way for future updates to continue to improve production workflows for creators across the industry.

Alteon.io is a SaaS platform that makes it easier for creatives, brands and studios to work together. By leveraging Web3 technologies, this comprehensive production ecosystem tackles key pain points for production professionals by helping users collaborate seamlessly, work more efficiently and organize assets more intuitively. Alteon is a subsidiary of Third Summit. For more, visit alteon.io.