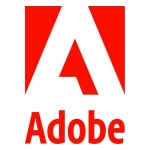 “Brand investments in 3D and immersive content creation capabilities have skyrocketed over the past year,” said Sebastien Deguy, vice president and head of 3D and metaverse at Adobe. “At Adobe, our mission is to support creatives and brands as they transition into new mediums, including immersive experiences, and the new features we’re delivering today make creating 3D content easier and more accessible than ever.”

Enhancements to the Substance 3D Collection announced today include:

3D and the Metaverse: The New Frontier of the Connected World

As brands across industries boost their investments in 3D content to become metaverse-ready, the 3D industry is expected to reach over $200 billion by 2026. Adobe Creative Cloud and Substance tools are already powering immersive experiences across entertainment, automotive, retail and other industries, including brands from HUGO BOSS AG and Ben & Jerry’s to The Coca-Cola Company and Mizuno. Fueling this transformation with education and tools, Adobe has partnered with schools on 3D and immersive curricula, including the ArtCenter College of Design in California, and the RUBIKA DESIGN Valenciennes Design School in France.

During Adobe MAX 2022’s Sneaks, Adobe will preview a collection of cutting-edge 3D and immersive tools currently under development, including:

Adobe is changing the world through digital experiences. For more information, visit www.adobe.com.

© 2022 Adobe. All rights reserved. Adobe and the Adobe logo are either registered trademarks or trademarks of Adobe in the United States and/or other countries. All other trademarks are the property of their respective owners.