AUSTIN, Texas–(BUSINESS WIRE)–lt;a href=”https://twitter.com/hashtag/AMICO?src=hash” target=”_blank”gt;#AMICOlt;/agt;–NASGO (www.NASGO.com),
a Blockchain platform that is rapidly expanding the availability and
utility of digital tokenization, is demonstrating and celebrating the
capabilities of its VAPR Augmented Reality App for distribution of music
and video content in Austin, TX the weekend of March 7-11. 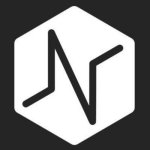 NASGO Co-founder Eric Tippetts will conduct a session on Thursday
evening, 5:00 p.m. on March 7, at Rustic Tap to demonstrate with Johnny
Zozzaro of Media Tech Ventures the value and power of blockchain and
tokenization to artists and music performers, followed by live
performances from country singers Cali Tucker and Craig Wayne Boyd.

In addition to her Thursday night performance, country music star Cali
Tucker (daughter of singer LaCosta Tucker and niece of Tanya Tucker),
who premiered her own career on Season 6 of “The Voice” will perform a
pop up concert on Friday night at the Kung Fu Saloon and as a “lunch
takeover” Saturday noon at Unbarlievable. The public is welcome to all
events until the venues reach capacity.

Tucker, a popular singer who has released two albums including “Cover
Girl,” in early 2017, and performs nightly at Station Casinos, one of
the largest casino properties in Las Vegas. In October 2018, Tucker was
one of three music artists (and the first country artist) to announce
the intent to release future music via tokenization at the NASGO
Celebration event in the Dolby Theater. Tucker is in the process of
developing a branded token for her fans and followers to use in
purchasing music and to gain rewards such as early access to new
releases and VIP seating at her performance events.

“Tokenization is a remarkable way to eliminate the gap between artists
and fans,” Tucker said. “It empowers artists to bring their new material
forward more quickly and to expand it instantly and more broadly to
listeners and viewers worldwide. I’m very excited to be helping to
pioneer this critical development that will take the industry of music
to new realms.”

Tucker has been recording with platinum-selling Grammy-nominated
producer G’harah “PK” Degeddingseze, known for his work with artists
such as Chris Brown, Janet Jackson and others. With the increasing buzz
she is creating, the team hopes to have her be a part of a tour this
year when her current album is complete.

Tucker notes that her upcoming EP in 2019 will include distribution via
tokenization through her partnership with NASGO. Attendees can
experience Tucker’s pop up performances live on Thursday and Friday
night and Saturday noon in Austin. Fans can join also join portions of
the experience via NASGO’s Facebook
account at www.facebook.com/OFFICIALNASGO/.

“We are extremely pleased at NASGO’s rapid growth in all regions, to
provide artists like Cali Tucker, individuals, and SMBs and SMEs with
tools to produce revenue and traction,” said Tippetts. “It is our
mission to making the Blockchain available, transparent and pervasive to
everyone as a means of advancing their businesses, supporting their
chosen philanthropies and giving new strength to regional and national
economies throughout the world.”

NASGO (www.nasgo.com)
is the provider of a fast-growing dApp (distributed app) blockchain
platform. NASGO was launched in early 2018 by serial entrepreneurs Eric
Tippetts and Stephen Jiang and markets tokenization services via the
NASGO platform to artists, influencers, small businesses and
small-to-medium enterprises via ShareNode,
a sidechain company (adjunct organization and NASGO partner) of
4,000-plus representatives. As a platform, NASGO is dedicated to
advancing Blockchain and tokenization as an established industry and
infrastructure. The platform is striving to make digital currency
accessible and available to all, and to advance the use of the
blockchain to meet humanitarian, business and industry goals worldwide.
NASGO’s NSG coin is available on BitForex.com.