WASHINGTON, Oct. 13, 2022 /PRNewswire/ — SPEEDVISION, the network brand that started the auto entertainment revolution, is returning with the high-octane programming that made it the standard against which all other vehicle media is measured.  This fall, SPEEDVISION will debut with more than 500 hours of premium content as a free ad-supported television (FAST) network. The extensive programming lineup features well-known talent and experts; including Wayne Carini, Bill Goldberg, Mark Worman, Stacy David, Ant Anstead, Ray Evernham, and more.  With its signature combination of highly-entertaining storytelling, iconic hosts, and industry-standard production values, SPEEDVISION once again will claim its title as the definitive destination for auto-passionate viewers.

“The original SPEEDVISION was the best media brand ever offered to the auto enthusiast audience and those fans still see it as the high-water mark in the genre,” said Scanlon.  “I know from first-hand experience that the team of content creators and strategic partners that we’ve enlisted for the new SPEEDVISION will match and build upon the legacy of the original, which has been imitated many times but never equaled.”

As an architect of the original SPEEDVISION, Scanlon has deep experience creating premium content that uniquely satisfies the entertainment tastes of the self-identified auto-passionate audience, which surpasses 30 million in the U.S.  In addition, his time helming motorsports at ESPN and launching the Velocity network for Discovery has enabled him to forge deep connections with the most acclaimed content creators and experts in the vehicle space.  From build shows and garage content, to automotive history and auction programming, SPEEDVISION will launch with a programming lineup that is diverse, compelling and an established draw.

“I’ve been a SPEEDVISION superfan since the 90s and it’s still my favorite network of all time,” said Goldberg.  “It’s a timeless brand that represents all the best from the world of vehicles.  It’s the brightest minds from car culture revealing vehicles and providing insights that you can’t find anywhere else.  SPEEDVISION is on course for astronomical growth, and I couldn’t be more excited to be a part of the team that’s bringing this great network back to all the legacy fans who have been waiting for this day – and introducing it to all the new ones who will fall in love after watching.”

SPEEDVISION will be available to viewers free of charge and without a formal subscription via the rapidly expanding FAST platform, providing an engagement model parallel to linear television.  The FAST format also allows for SPEEDVISION to meaningfully connect its coveted auto-passionate audience directly with the multi-billion-dollar endemic vehicle advertising marketplace.

“SPEEDVISION is tailor-made for the FAST format, delivering premium vehicle programming directly to the premium auto-enthusiast audience without a subscription fee or cost to the consumer,” said Abruzzese.  “This content is also highly desirable to the marketplace with its ad-friendly format and endless opportunities for in-program integration.  It’s a formula for significant success.”

“From the car business to racing and collecting, I’ve spent my life around automobiles,” Hendrick said. “Before or since, no media brand has captured the spirit of car culture quite like SPEEDVISION. It was so successful for so long because of the way the expertise, authenticity and respect for the audience came through in the content. The return of SPEEDVISION is long overdue and will be a big win for all car enthusiasts.”

SPEEDVISION is available on the following FAST platforms; Redbox, Plex, TCL CHANNEL, MyBundle.TV, VIDAA, LocalNow, TheGrio, Sports.tv and Mansa.  More information on how to watch SPEEDVISION can be found at Speedvisionnetwork.com.  Robert Scanlon leads content strategy and production for SPEEDVISION and Tim O’Neil leads business development and operations.  SPEEDVISION is connected to distribution partners worldwide by WURL, the leader in powering the world’s CTV distribution, advertising and marketing.  Creative support for SPEEDVISION is provided by AlterEgo.

Three-time NASCAR Champion crew chief Ray Evernham is our tour guide as he takes us on a visit with some of the most iconic, influential and historical cars ever built. Ray’s knowledge of history and deep connections in the automotive world allow access to these cars and to sit down interviews with the designers, owners, racers and builders for an educational and entertaining trip through history.

Radford was an historic and highly successful British Company. Radford was founded in 1948 as Harold Radford (Coachbuilders) Ltd in London. Radford debuted at the London Motor show in 1951, revealing its Bentley “Countryman,” a posh forerunner of the modern SUV. Radford built custom bodies for Rolls Royce and Bentley and in the 1960’s created the must-have Radford Mini with owners that included all 4 Beatles, Peter Sellers, Twiggy, Eric Clapton and numerous politicians.

The Radford company has returned as an entrepreneurial venture headed by former Wheeler Dealers co-host Ant Anstead and former Formula One World Champion Jensen Button. This series focuses on their commission as they design and build the very last gasoline powered super car for Lotus, the Lotus 62-2.

Wayne Carini, perhaps the world’s most well-known finder of rare and classic cars, teams up with Jay Ward, Creative Director of Pixar’s CARS franchise, to co-host this series of video podcasts. Guests include Hollywood celebrities, icons of the Automotive industry, designers, writers, collectors, and more.

This popular, long-running series hosted by expert customizer Stacey David is an immersion into the world of creating Hot Rods and Resto Mods from what were once street cars.

It’s “Mopar or no car!” That is the mantra of Mark Worman, host and creator of this series that centers on Worman’s encyclopedic knowledge of every type of Dodge and Plymouth muscle car. Worman and his shop are renowned for exceptional abilities to not only find long neglected Mopars but also for the platinum level of restoration that they execute.

An educational and entertaining trip that proves “if you can dream it, you can build it.” Mark Worman and his cousin Doug Oldham combine their imagination and skills to create truly home-built “toys for big boys”. From building a mini bike from scratch to a rail riding sled on abandoned railroad tracks, this is a true joy ride where you learn something along the way

From the Aero Cinema library, these documentaries tell the stories of aircraft, designers and the aviators that flew them. From icons like the P51 Mustang to little known planes that never went into mass production, this is a high quality, informative series.

What started as a British post war hobby of stripping down motorcycles to increase speeds on the narrow streets and alleys of London has grown into a worldwide phenomenon. Cafe Racer focuses on designers and builders who create what truly are beautiful, one of a kind Cafe bikes that perform as well as they look.

What’s in the Barn?

Motorcycle Museum, Wheels Through Time, is on a constant search for rare and unique motorcycles. More often than not, they are discovered, dust covered and buried in old barns. This series documents those searches and the surprises and disappointments found by asking What’s in the Barn?

SPEEDVISION is the definitive automotive entertainment brand resurrected in 2022 to satisfy the current content needs of millions of vehicle-passionate viewers.  With more than 500 hours of premium content featuring lean-forward storytelling, iconic hosts and industry-standard production values, SPEEDVISION is the ultimate destination for the absolute best in automotive content.  Available at no cost as a free ad-supported television network, SPEEDVISION represents an optimal opportunity for advertisers to intersect directly with a deeply engaged viewership composed of authentic vehicle aficionados.  To find out how to watch SPEEDVISION, go to SpeedvisionNetwork.com

AlterEgo is a US based creative content studio with a mission to bring together the most experienced, driven, and curious members of the creative community in pursuit of everything possible in production, marketing and promotion.  Led by Executive Creative Director Heather Roymans and award-winning Editor and car enthusiast, Justin Kanner, AlterEgo was founded in 2014 as a boutique shop for live action, post production, concept development, branding, and finishing.  Experts at expanding their expertise the team at AlterEgo has led branding, short form, promo, sales, and co-branded content for Discovery, Motor Trend, HBO Max, National Geographic, Subaru, Samsung, Curiosity, and VW/Audi. To find out more about AlterEgo, visit www.alteregocreates.com. 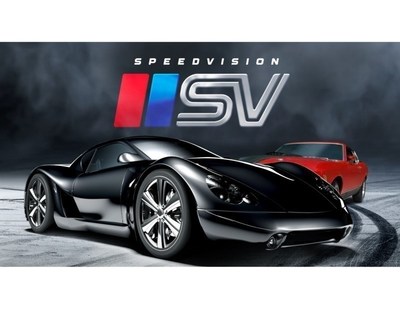 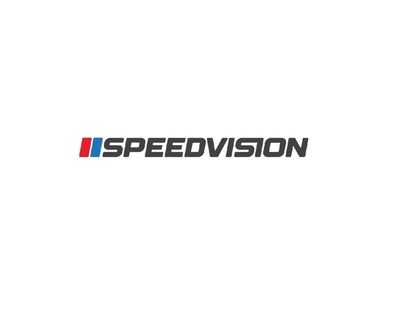