ORLANDO, Fla.–(BUSINESS WIRE)–Cryos International Sperm and Egg Bank today announced a published scientific study which suggests that the use of Virtual Reality (VR) headsets during sperm donation has a positive effect on sperm quality. 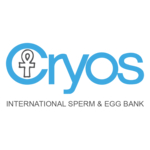 During the summer of 2021 Cryos International introduced VR headsets in the donor cabins as an optional add-on to the donor experience. Cryos was unaware at the time, that this initiative would end up playing a role in a higher sperm quality for samples delivered by donors using headsets.

Examining 504 samples from 63 sperm donors, results showed that the sperm quality was notably higher, when the VR headsets were used and the elapsed time between ejaculations was shorter. For example: when a donor visited Cryos twice with an average of 14 hours in between visits and the VR headset was used, the samples showed close to a 50% increase in motile (alive and active) sperm cells. In cases where visits were up to 58 hours apart, there was a traceable, positive effect seen in the quality of the sperm samples.

“We are excited that our introduction of VR headsets has had a positive impact on the sperm samples our donors deliver. It is simply fantastic!” said Cryos International CEO, Helle Sejersen Myrthue, “In addition to making more high-quality sperm for our customers, we also see an interesting future of VR studies for men who want to freeze and store their own sperm before cancer treatments, military service, and more.”

The study was carried out in collaboration with internationally recognized scientists Alan Pacey and Robert Montgomerie and can be viewed here in the journal Reproductive Biology and Endocrinology.

As the world’s largest sperm bank and first free-standing, independent egg bank in the US, Cryos International is the leader in third party reproduction and personalized insemination service. With 30 years’ experience and delivering to over 100 countries, Cryos International aims to ensure a wide selection of high-quality, extensively screened frozen donor sperm and frozen donor eggs from all races, ethnicities and phenotypes for both home insemination and fertility treatments. Read more at www.cryosinternational.com