The ‘best virtual reality experience on the planet’ joins entertainment lineup at the district. Special pre-opening savings are available for those who book early. 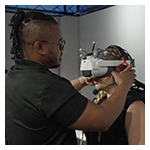 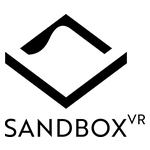 “Opening in Indianapolis and inside the historic Bottleworks District is incredibly exciting,” said Steven Zhao, founder of Sandbox VR. “This district is bustling with activities and draws visitors from all over the area. We couldn’t be more thrilled to bring our unique VR experience to the community.”

At Sandbox VR, players experience heart-pounding, exhilarating, immersive gameplay when they fend off zombie hordes, enter a world of swashbuckling adventure, soar on a space elevator or compete in a futuristic combat arena – the true future of immersive entertainment.

Sandbox VR’s Bottleworks location will feature four private rooms for virtual reality gameplay called “holodecks” in which groups of up to six players have a truly shared experience, exploring virtual worlds and relying on each other to succeed in games designed to be social experiences. Together with friends, family, or co-workers, players are equipped with a VR headset, a haptic vest, a backpack and motion sensors on their wrists and ankles. This technology allows players to see and physically interact with one another while feeling like they are in the middle of an action movie, with the heightened emotions that come from not just watching a film, but from actually becoming the stars of the action.

Sandbox VR provides an unparalleled entertainment experience rated 4.8 out of 5 stars by over 15,000 guests worldwide!

Guests who book their experience at the new Sandbox VR at Bottleworks by September 29th receive an exclusive pre-opening savings. They will also be entered to win free Sandbox VR visits for a year. These bonuses are only available before doors open.

Sandbox VR is the perfect destination for group activities from birthday parties to corporate events.

Sandbox VR is the world’s premier destination for premium location-based virtual reality games. The company has created the world’s most immersive full-body VR platform and boasts games you can’t play anywhere else. Sandbox VR is now operating in 26 locations and expanding rapidly. Sandbox VR is headquartered in San Francisco, California with an office in Hong Kong. Sandbox VR’s latest round has raised over $37 million from investors including Andreessen Horowitz, Alibaba Entrepreneurs Fund, Gobi Partners, and Craft. Individual investors include Justin Timberlake, Katy Perry, Kevin Durant and Will Smith.