While Tech Companies Try Return-To Office Incentives, ProbablyMonsters, an Independent Video Game Company Founded by Harold Ryan, Aims to Change the Way Games Are Made and Inspire a Better Industry for All, Takes a Different Approach

BELLEVUE, Wash.–(BUSINESS WIRE)–#AAA–ProbablyMonsters Inc., an independent AAA video game company, has had an explosive year. The company began 2022 by closing the largest Series A Raise in video gaming history at the time, at $250M, and ending the year with a tremendous 65% growth rate. 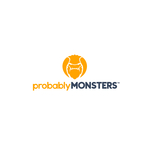 “In today’s world, not every employee needs the same thing. Some people really miss the in-person collaboration of the office, and some are just as productive working in a remote or hybrid mode. At ProbablyMonsters, we empower our teams to choose the working model that’s right for them. For us, it’s a matter of focus. We’ve expanded our benefits, invested in equal hybrid and remote options, and created a separate business unit so we could extend our remote reach and hire people in any of the 47 states we currently support. We’re dedicated to finding the best talent, no matter where they are located. It all goes back to our people-centric approach of providing developers with the resources they need to create exhilarating games within a healthy, rewarding culture.”

ProbablyMonsters also established a minimum full-time base salary of $77,000 with full medical benefits (100% for employees, 90% for dependents, paid for by the company), a 401K grant, and discretionary bonuses, totaling a minimum of $100,000 for the entire compensation package. This is based off cost-of-living data in Bellevue, and helps to ensure that all hires, regardless of level, have the option to live near headquarters while maintaining a healthy, sustainable lifestyle. For employees who choose not to live near the office, the same minimum base compensation package still applies, which ProbablyMonsters will re-evaluate annually to keep up with inflation and trends.

The company goals have paid off, showing an increase to 65% growth rate, at a time when others are pausing or eliminating growth. ProbablyMonsters has added top talent to its teams in every department, from central services that support all developers, to individual game teams, each working on brand-new IP in different genres.

Battle Barge™, the third-announced development team, is now the official name of the formerly announced Co-Op RPG team. Headed by creative leaders from the Torchlight and Borderlands series, Battle Barge continues to grow and flourish as a ProbablyMonsters team.

ProbablyMonsters is actively hiring hybrid and fully remote employees in all disciplines, offering competitive benefits packages, and incubating more games from the most innovative developers.

Job openings can be found at probablymonsters.com/careers.

ProbablyMonsters™, an independent AAA video game company, was founded in 2016 by former Bungie President and CEO, Harold Ryan. The company aims to change the way games are made by delivering industry-defining games within a healthy work culture. Headquartered in Bellevue, Washington, the company has a strong team of experienced and innovative game development leaders with a record of launching blockbuster projects. ProbablyMonsters’ mission is to unite, guide, and empower talent to redefine what it means to deliver exceptional games. The company has built and fostered the growth of three announced teams, each led by veteran game directors with strong, focused visions. Firewalk Studios™ is making an original multiplayer game that will be exclusive published by Sony Interactive Entertainment, Cauldron™ is making an original adventure game, and Battle Barge™ is working on a co-op RPG. ProbablyMonsters has over 430 employees and continues to focus on growth, closing a preferred Series A funding round of $250M in January 2022. For more information, visit probablymonsters.com.

ONE PR Studio (for ProbablyMonsters)