ORLANDO, Fla. & NEW YORK–(BUSINESS WIRE)–Falcon’s Beyond, a leading fully integrated global entertainment development company specializing in intellectual property (“IP”) creation and expansion, and FAST II, a special purpose acquisition company founded by Doug Jacob and headed by Sandy Beall, announced today that they have entered into a definitive merger agreement that is expected to result in Falcon’s Beyond becoming a publicly listed company on Nasdaq. 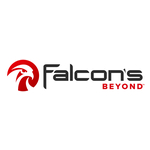 Upon the closing of the transaction, the new combined company (the “PubCo”) will be named “Falcon’s Beyond Global” and is expected to be listed on Nasdaq under the ticker symbol “FBYD.”

Through its powerful combination of experience, capabilities and partners, Falcon’s Beyond has an opportunity to transform the multi-trillion-dollar hotel & resort and entertainment & media markets.

Scott Demerau, Executive Chairman, commented, “Falcon’s Beyond is a fully integrated entertainment development company. We are able to enhance the ability and activate the IP of our globally renowned partners in the entertainment industry to help bring stories to life in previously unimagined ways through our theme parks and resorts, innovative content creation engine and proprietary technology. Falcon’s Beyond provides a comprehensive entertainment experience rooted in our profound IP creation and expansion capabilities. We will help deliver immersive entertainment experiences to audiences around the world and plan to continue to expand as a publicly traded company.”

Cecil D. Magpuri, Chief Executive Officer, commented, “Falcon’s Beyond turns imagined worlds into reality, and we are thrilled to be partnering with the FAST II team as they join with us in this transformative transaction to become a publicly traded company. Falcon’s Beyond intends to use the funds raised in this transaction to continue to scale globally, build out the Company’s brick-and-mortar experiential entertainment operations and enhance our proprietary content. Today’s announcement represents an exciting new chapter that will enable Falcon’s Beyond to accelerate growth in its high-performing core markets, expand into new ones and rapidly deploy IP across all verticals in the global entertainment industry. Furthermore, Falcon’s Beyond also plans to continue to build upon our successful track record of delivering highly profitable theme parks, resorts and attractions with patented technologies, feature films, episodic series, consumer products, licensing and merchandising.”

Doug Jacob, Founder of FAST II, commented, “FAST II was built to identify and accelerate the growth of an exceptional company – we believe we have found that in Falcon’s Beyond and its best-in-class management team. The extraordinary and wide-reaching breadth of its IP and brick-and-mortar opportunities, ideal unit economics and significant opportunity for expansion offers an exciting platform for growth in the entertainment category. Scott and Cecil both have tremendous experience and expertise in the space, and we believe that the Company is poised for rapid growth and will continue to lead experiential entertainment development and IP expansion. We are so pleased to be able to play an important role in guiding Falcon’s Beyond on its path to becoming a publicly traded company.”

The transaction values PubCo at a pro forma enterprise value of approximately $1.0 billion. To provide meaningful downside protection to support the transaction, 50% of the position of each non-redeeming stockholder of FAST II’s will automatically convert into convertible preferred equity with an 8% dividend and $11.00 conversion price, and 20% of the founder shares held by FAST II’s sponsor are being forfeited and contributed to a bonus pool allocated pro rata among private placement investors and non-redeeming public stockholders of FAST II, excluding any common shares converted to convertible preferred.

Assuming no redemptions by FAST II stockholders, the transaction is expected to deliver up to $282 million in gross cash proceeds to the PubCo, including the private placement described above, prior to the payment of transaction expenses.

The Boards of Directors of Falcon’s Beyond and FAST II have each unanimously approved this transaction. The transaction is subject to customary closing conditions, including the approval of the stockholders of FAST II. The transaction is expected to close in either the second half of 2022 or the first quarter of 2023, and the PubCo will be led by Scott Demerau as Executive Chairman and Cecil D. Magpuri as Chief Executive Officer.

Additional information about the proposed transaction, including a copy of the transaction agreement and investor presentation, will be provided in a Current Report on Form 8-K to be filed by FAST II with the Securities and Exchange Commission (“SEC”) and will be available on the FAST II website, the Falcon’s Beyond investor page and at the SEC’s website at http://www.sec.gov/.

Falcon’s Beyond and FAST II will host a joint investor conference call to discuss the proposed transaction on July 12, 2022 at 7:30 AM ET. Interested parties may access the webcast and associated presentation materials on Falcon’s Beyond’s (https://falconsbeyondglobal.com/investor-relations/) or FAST II’s (https://www.fastacqii.com/) Investor Relations websites.

Headquartered in Orlando, Florida, Falcon’s Beyond is a fully integrated, top-tier experiential entertainment development enterprise focusing on a 360° IP Expander™ model. The company brings its own proprietary and partner IPs to global markets through owned and operated theme parks, resorts, attractions, patented technologies, feature films, episodic series, consumer products, licensing, and beyond. The company has won numerous design awards and provided design services in 40 countries around the world, turning imagined worlds into reality.

FAST II is a hospitality and consumer entertainment focused blank check company whose business purpose is to effect a merger, capital stock exchange, asset acquisition, stock purchase, reorganization or similar business combination with one or more businesses. FAST II was as founded by Doug Jacob and headed by Sandy Beall as Chief Executive Officer. FAST II raised $222 million in its initial public offering on March 15, 2021 and is listed on NYSE under the ticker symbol “FZT.”

Additional Information and Where to Find It

FAST Acquisition II and its directors and executive officers may be deemed participants in the solicitation of proxies from FAST Acquisition II’s stockholders with respect to the proposed business combination. A list of the names of those directors and executive officers and a description of their interests in FAST Acquisition II is contained in FAST Acquisition II’s final prospectus related to its initial public offering dated March 15, 2021, which was filed with the SEC and is available free of charge at the SEC’s website at www.sec.gov. Additional information regarding the interests of such participants will be contained in the Registration Statement for the proposed business combination when available.

No Offer or Solicitation

This press release is for informational purposes only and shall not constitute a solicitation of a proxy, consent or authorization with respect to any securities or in respect of the proposed business combination and shall not constitute an offer to sell or a solicitation of an offer to buy any securities, nor shall there be any sale of securities in any state or jurisdiction in which such offer, solicitation, or sale would be unlawful prior to registration or qualification under the securities laws of such state or jurisdiction. No offering of securities shall be made except by means of a prospectus meeting the requirements of Section 10 the Securities Act of 1933, as amended, or an exemption therefrom.

This press release includes certain statements that are not historical facts but are forward-looking statements for purposes of the safe harbor provisions under the United States Private Securities Litigation Reform Act of 1995. Forward-looking statements generally are accompanied by words such as “believe,” “may,” “will,” “estimate,” “continue,” “anticipate,” “intend,” “expect,” “should,” “would,” “plan,” “predict,” “potential,” “seem,” “seek,” “future,” “outlook,” and similar expressions that predict or indicate future events or trends or that are not statements of historical matters.

Librestream Recognized for Transforming the Software Industry, Named A Top 100 Software Company of 2022