Developed by Trigger XR and in partnership with LG Uplus and the Global Telco Alliance, the Dinotracker AR app brings the film — and its dinosaurs — into real-life with high-fidelity augmented reality through Niantic’s Lightship ARDK

LOS ANGELES–(BUSINESS WIRE)–#AR–With today’s highly anticipated in-home release of Universal Pictures Home Entertainment’s’ Jurassic World Dominion Extended Edition also comes the global roll-out of the exclusive Dinotracker AR app. Inspired by the film that captivated audiences around the world, fans of all ages can use the app to discover, track, and interact with life-size dinosaurs they find in their own real-life environments. This storyline serves as the introduction to the innovative app, which features immersive storytelling through incredibly realistic, true-to-size dinos from the film, all brought to life with high-fidelity augmented reality. Currently available for download, the app was developed by Trigger XR — the most experienced XR developer and creative agency — and in partnership with Universal Pictures, Niantic, and LG Uplus, Qualcomm, and KOCCA in Korea. 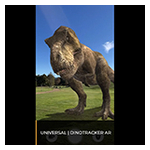 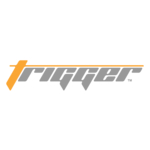 The Dinotracker AR app allows users to be stars of their own story as they help track dinosaurs and their movements in the quest to help humans and dinosaurs coexist. As users locate dinosaurs, they may tag and share reports of the sightings to notify others. Users must try to find each of the dinosaurs within their natural habitats by scanning the appropriate environments to scale.

In addition to the immersive storytelling, key technology within the Dinotracker AR app includes:

“Our goal for the Dinotracker AR app was to create the most realistic experience possible, enabling fans to feel like these incredible creatures are in front of them and immersed in their surroundings,” said Jason Yim, Founder and CEO of Trigger XR. “We’re excited to bring in the latest XR tech from Niantic and combine it with one of the world’s most beloved series.”

Complete the incredible journey that began with Jurassic Park as two generations unite to fight for the future in Jurassic World Dominion. The epic film is now available with a never-before-seen Extended Version, as the breathtaking battle between humanity and the prehistoric past gets even bigger. Roaring with more dinosaurs, more spectacular action, exclusive moments with iconic characters, and the restored prologue, this colossal cut brings home the definitive experience of Jurassic World Dominion’s unforgettable adventure.

Trigger XR is the world’s most experienced XR developer and creative agency. For over 13 years, we’ve been strategizing, building, and running XR solutions for the world’s top brands, helping them to launch cutting-edge AR and VR experiences while leading them into the metaverse. Through our tech expertise and cross-platform capabilities, we enable brands to reinvent their customer experience while reimagining what’s possible across entertainment, sports, retail, and enterprise.

Trigger XR has completed over 250 XR projects and more than 275,000 hours of XR development with clients such as Disney, Verizon, LEGO, the NBA, NFL, Nike, Sony, Google, and Molson Coors, along with premium entertainment IP including Spider-Man, Star Wars, Avengers, Jurassic World, and more. We are also early development partners with Niantic, Qualcomm, Snap, Meta, Adobe, and the Global XR Content Telco Alliance, as well as premiere partners with 8th Wall and Unity. Trigger XR has been awarded numerous Shortys and Webbys and was recognized as one of the fastest growing companies by Inc. Magazine. As a minority owned business and a member of the National Minority Supplier Development Council (NMSDC), we collaborate with a diverse slate of clients and partners who represent inclusive values. For more information about Trigger XR, visit us at www.TriggerXR.com.