2022 Global Sports Survey of 17 countries spotlights the key trends and developments shaping the world of sports, how fans engage, and what it means for properties, media partners, and investors

BOSTON–(BUSINESS WIRE)–U.S. sports fans are watching more live sports since the start of the pandemic in 2020 to today, according to a survey of consumers across 17 markets by leading global strategic consulting firm Altman Solon. Altman Solon’s survey also shows that new technologies increasingly used by sports teams and leagues to build fan connections, including augmented and virtual reality and blockchain, are drawing fan interest. 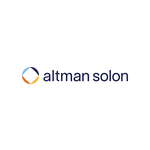 The 2022 Global Sports Survey finds that more than half of respondents (58%) are watching more sports now compared to 2020 (51%), which saw many sporting events, including the Tokyo Olympics, cancelled or postponed. The survey also shows that 68% of U.S. sports fans watch live games at least weekly, one of the highest rates globally. However, more than a quarter (27%) of U.S. sports fans say they prefer catching clips of game highlights than watching the games themselves.

The complete report on global sports trends can be found here.

The survey finds strong interest in using augmented and virtual reality technology to consume and interact with sports content at home. The U.S. and Japan had the highest levels of interest in using VR for sports, with more than two-thirds of U.S. headset owners interested in watching live games in VR. Other popular VR uses include watching live games as if inside the arena and experiencing live action from a player’s point of view. The survey also measures interest in augmented reality, which provides clubs, leagues, and athletes with potential opportunities to build and market new digital experiences for their fans.

Despite the recent volatility in value of cryptocurrencies and NFTs, sports fans globally are also showing interest in these new technologies as more sports leagues and franchises have developed blockchain- and crypto-based offerings and partnerships in the past year. U.S. fans have among the highest interest in alternative technologies, with respondents choosing to buy NFTs or digital collectibles (24%) and use cryptocurrency to attend sporting events (23%) ranking as the top uses.

“The U.S. and global sports industries are experiencing an evolution driven by innovation and changing consumer behavior. Since viewership and interest in sports came back strong after the pandemic, we’ve seen significant investment in multi-billion-dollar deals for franchises and media rights and the development of new technologies and experiences that can enhance and supplement the traditional fan experience,” said Altman Solon Director Matt Del Percio. “In this dynamic global market, leagues, teams, and media partners have shown a willingness to try new things, from augmented and immersive viewing experience to new blockchain-based ownership and monetization models, to attract and retain fans – and the survey points to these efforts having the potential to pay off.”

Other key data points include: