LOS ANGELES–(BUSINESS WIRE)–#AMA—Save the Date: On June 12, 2019 Academy of Media Arts (AMA) will
celebrate the launch of its innovative school that is Preparing
Scholars for the Future of Work through Media Arts. Rios Clementi
Hale Studios (RCH) will host the launch celebration at their studios
located at 3101 Exposition Place, Los Angeles, CA 90018. 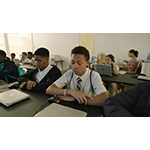 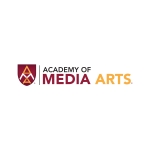 We invite you to be part of celebrating the young, creative,
entrepreneurial students of the Baldwin Village/Crenshaw community of
Los Angeles who join the founding AMA family. The catalyst for AMA’s
success is the result of a twelve-year New Media Arts program offered by
Choice Group, Inc. (CGI) founded by creative entrepreneur Dana Hammond.
Mr. Hammond’s vision is motivated by the idea that scholars are not
merely consumers of technology, but rather, creators of it. AMA is a new
hub for progressive, empowered creatives armed with 21st century skills
like critical thinking and collaboration. AMA prepares scholars for the
future of work through its media arts/career pathways focused on 3D
Modeling, Animation, Computer Science and Music Production.

What is the future of work? Driverless Cars, Augmented Reality,
Artificial Intelligence, and 5G internet are here. Scholars who attend
AMA acquire a digital skill taught by industry professionals so they can
compete within the digital world. The Academy of Media Arts focuses on
career development and academic achievement, blended with creativity.

“Dana Hammond never stops and I believe in him so he has my vote.”
Council President Herb Wesson, Los Angeles City Council

“We are excited to support Dana Hammond as the creative visionary behind
Preparing Scholars for the Future of Work.” Beverly Hills Chamber of
Commerce

“Dana came to us with his vision and we recognize that Academy of Media
Arts is preparing scholars for new industries.” Rios Clementi Hale
Studios (RCH)

On January 8, 2019 the Los Angeles Unified School District unanimously
approved Academy of Media Arts (AMA) to serve the Baldwin
Village/Crenshaw community of Los Angeles. AMA is committed to creating
an environment that merges science, technology, engineering, arts and
math (STEAM) into a cultivating bridge for new media arts and related
career opportunities within the digital age.

AMA’s partnership with Los Angeles leading architect firm RCH Studios
provides AMA scholars with job shadowing opportunities aligned with
AMA’s career technical education model. RCH Studios has designed the
prototype for the school campus and is committed to being a partner of
the Crenshaw community.

AMA scholars and parents will have the opportunity to participate in
Virtual and Augmented Reality Exhibits while meeting industry leaders,
community stakeholders, and embracing this new community of innovative
thinkers who are preparing scholars for the future of work.