LOS ANGELES–(BUSINESS WIRE)–#ClixAustinButler–From Dragon jockeys to Top Guns, Marilyn to Elvis, Pinocchio to Minions, Black Adam to She Hulk, Halloween 2022 is finally the action-packed year to rip off your medical mask and transform into your favorite streaming and movie-going character. Video guidance guru Clix offers up the best of the binge batch for this year’s costume consideration. Our top ten… 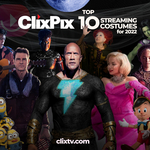 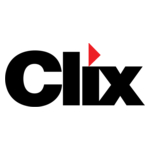 BONUS Costume Tip: James Bond – 007 @60. The superspy franchise is a whopping 60 years old and even your parents and kids will get who-you-are when you Tux-up! Watch ‘em all on Amazon Prime Video.

“With so many people sequestered for so long because of the pandemic, it’s truly time to find the emotional balance that storytelling and social gatherings offer to keep us sane and smiling this Halloween and all through the holiday season,” said Dr. Karen Dean Fritts, PhD, LMFT. “With every Halloween we can enjoy new ways of celebrating our creativity on screens big and small – and at costume parties that play to our expansive social imagination, which lets us choose a streaming alias for one spooky night!”

“We’re ready for America and the world to declare streaming party time!” said Clix founder and CEO Ed Sullivan. “Sure, we’ll wear masks but it’s more likely to be our Top Ten Minion or film killer Mike Myers from the bloody Halloween franchise this year then that paper med-mask that fogs your glasses.” Adds Clix content boss and co-founder Patricia Sullivan, “Our Clix team researched all the major streaming services to see what’s trending as we approach Halloween costume parties. And we surveyed our staff, our producers and Clix entertainment consumers to choose the Clix Top Ten of 2022.”

“My vote went to Clix Bonus Costume choice Bond…James Bond, especially star Sean Connery as the first 007 in the earliest of the 25 superspy films, which we’re guiding our audience to on Amazon Prime Video,” said Clix Chief Marketing Officer and co-founder Stacy Jolna. “2022 is our break-out Halloween party year for so many reasons, including that Clix soared past eleven million registered video fans since our first Clix Top Ten Streaming Costume Picks for Halloween last year.”

“Storytelling is the human need to communicate our shared lived experiences,” said Dr. Fritts. “And that’s what the celebration of those fantastic streaming and theatrical characters is all about. Let the Halloween parties begin…”

Clix is a multi-platform streaming company at the intersection of entertainment, technology and e-commerce. It is free and reaches 120 million digital television homes, and streams to more than 100 million online viewers monthly. It has distribution on every screen for mobile, web and home consumption: along with the company’s web, iOS and Android distribution. Clix is carried on over 80 long-form linear channels on Roku, Apple TV, Amazon Fire TV, IMDb TV, Box One, LG Smart TV, and all Plex TV channels. It features original entertainment, lifestyle, humor and sports programming from award-winning producers as well as emerging talent. Clix features social media influencers, celebrity athletes, chefs, comedians, eSports commentators, adventurers, and more. Its range of content spans Hot Trends, Extreme Sports, Fashion & Lifestyle, Travel & Adventure, Funny, Food & Wellness, Fitness, Kids Stuff, and more. Clix is also a promotional champion of top series and movies on major streaming platforms, making it simpler for viewers to find what they want to watch and subscribe to leading streaming services. Clix is also a promotional venue for theatrically released feature films. Clix is an immersive, direct-to-consumer brand experience where viewers can watch, shop and earn Clix cash rewards redeemable for brand products or for charities they support.

Edward M. Sullivan is Clix founder and CEO. He is a recipient of multiple Emmy and Telly Awards for his entertainment industry marketing and branding as head of Pittard-Sullivan, which launched and re-launched over 200 channels worldwide, including CBS, ABC, Fox, HBO, Discovery Communications, and DirecTV. Sullivan was a catalyst in driving viewers to specific programs and networks for distributors, studios, content creators, and advertisers. His company also worked closely with Jolna on developing the brand and network-like interface for personal video recorder company TiVo and Microsoft’s WebTV.

Stacy Jolna, founder and Chief Marketing Officer, is the recipient of multiple News & Documentary Emmy Awards, the Cannes Lion and the Peabody Award. He has stood at the crossroads of media and technology for three decades. As a founding executive team member of TiVo, another successful industry disrupter, Jolna helped propel the company from concept to successful IPO and billion dollar market capitalization. He served as Chief Marketing Officer building the iconic TiVo brand and running point on investments by nearly every major media company. He served as SVP and General Manager of News Corp/TV Guide’s Digital TV Group. A successful broadcast journalism executive prior to going digital, at Time Warner/CNN he was Senior V.P. and Senior Executive Producer for Special Reports and launched award-winning “CNN Presents.”