LOS ANGELES, Dec. 18, 2021 /PRNewswire/ — A Manny Halley Production and Imani Media Group will release the highly-anticipated film, True To The Game 3, on digital streaming services on December 21st 2021 nationwide. With a very successful first week of reporting, this independent film executive produced by Manny Halley has broke a box office record as the #1 independently released film for its first week’s opening.

True To The Game 3, the third and most explosive installment of the groundbreaking True To The Game trilogy picks up right where True 2 left off. Gena (Erica Peeples) awakes to find that her mysterious savior is actually Quadir (Columbus Short), whom she thought was dead. Before they can live happily ever after, Quadir gives Gena 72 hours to go back to Philly to check on Bria (Iyana Halley) and Gah Git (Starletta DuPois) and let them know of her plans. The stakes are at an all-time high as the streets are scorching hot with a pair of crooked cops; Detective Joe (Darius McCrary) and Detective Mike (Kinyumba Mutakabbir), who put the squeeze on any and everybody they can for their own motive, MONEY. Saleem (Jeremy Meeks) hasn’t been able to reach business associate Jerrell (played by Andra Fuller in True 1 & 2) when he finds out Jerrell’s brother, Terrell (Kris D. Lofton), has just been released from jail. Can Gena get out of town and make a new life for herself? Will Quadir risk it all and go back to Philly if he can’t reach Gena? Will Jerrell return, get the money and take out Quadir once and for all? Who will stay True to the Game?

CLICK HERE to view and embed the True To The Game 3 trailer!

True To The Game 3 is directed by David Wolfgang and produced by Manny Halley, Rodney Turner II, Yolanda Halley and Vivica A. Fox. The film is distributed by Faith Media Distribution.

Imani Motion Pictures, continues to procure stories from a vast array of writers, directors, and actors to develop and produce content for theatrical releases, television, and streaming services. With Faith Media Distribution, it handles the unique capabilities in distribution, sales service, marketing and varied national and international output deals.

Faith Media Distribution is a streamlined, highly focused, and audience-driven distribution company under Imani Media Group founded by Manny Halley, with the flexibility and nimbleness to constantly be responsive to the urban consumer market. There is no existing enterprise with a development and production model that creates, distributes, and markets to the urban audience at the pace in which they are able to. Within a short period, Faith Media Distribution has built a reputation of consistently providing urban-themed film products that are commercial, critical, and audience successes. Its mission is to make an impact on a global audience by creating the stage/platform for artists, filmmakers, and producers to share diverse distinctive stories that inspire the culture. 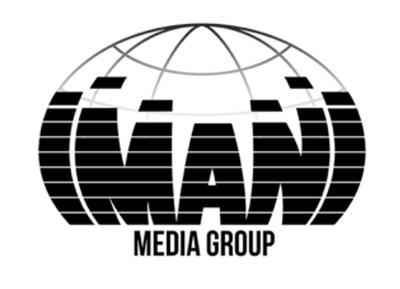