Matthew Kissner to take on executive role in Company

HOBOKEN, N.J.–(BUSINESS WIRE)–John Wiley & Sons, Inc. (NYSE: JW-A and JW-B), a global leader in
research and education, today announced that Jesse Wiley, a member of
the seventh generation of the Wiley family, has been appointed
Non-Executive Chairman of the Board. Mr. Wiley, 48, has served on the
Board since 2012. He will succeed Matthew Kissner, who has served as
Chairman since 2015. Mr. Kissner will step down from the Board to take
on the role of EVP and Group Executive reporting into President and CEO,
Brian Napack. 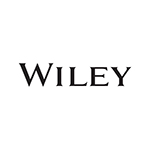 “Wiley’s success over 200 years has been the result of a continuous
focus on innovation, performance, and continuity in governance,” said
George Bell, Chair of the Governance Committee. “In that tradition, we
are very pleased to announce the appointment of Jesse Wiley to the role
of Chairman. As a long-standing company executive, board member,
Technology Committee chair, and forward-looking business leader, Jesse
brings to the Chairman’s role a wealth of experience and a deep
understanding of our evolving markets, customer needs, and company
culture. He will guide Wiley’s strong, independent Board of business
leaders and innovators.”

“I am extremely pleased that Jesse will be carrying on the Wiley
family’s long-standing tradition of supporting strong governance and
innovative, long-term thinking,” said Mr. Napack, Wiley’s President and
CEO. “Jesse’s knowledge of the Company and firsthand experience in our
markets are a great benefit to us as we chart the future of Wiley.”

In addition to his seven years on the Board, Mr. Wiley has served as an
executive of the Company since 2003, working in critical areas of global
business development, corporate M&A, strategy, product development, and
marketing. Most recently he served in Wiley’s Research division, where
he helped build impactful partnerships with academic societies and grow
Wiley’s business in China. As a member of the Executive, Governance, and
Technology committees, he has been a key contributor to many major
initiatives during his tenure. Mr. Wiley will transition out of this
executive role to become Chairman.

“The Board extends its sincerest gratitude to Matthew Kissner for his 16
years of service on the Board,” said Mr. Bell. “He has been instrumental
in Wiley’s success over that momentous period, with service as Chairman
and as interim CEO during our 2017 chief executive search.”

Mr. Napack has asked Mr. Kissner to take on the role of EVP and Group
Executive, with operational oversight of Wiley’s business units.

“We are making significant strides as an organization,” said Mr. Napack.
“We are moving faster and more confidently, driving our markets with
innovative business models and digital, data-driven products and
services, and greatly improving our effectiveness and agility. Given
Matt Kissner’s passion for Wiley’s mission, his proven success as an
operational leader, and our need to move fast and flawlessly, I have
asked him to take on this important operating role. I am grateful that
he accepted.”

Mr. Kissner is a former Executive Vice President and Group President of
Pitney Bowes (NYSE: PBI) and has held leadership positions at Banker’s
Trust, Citigroup (NYSE: C), and Morgan Stanley (NYSE: MS). He has been a
Wiley Board member since 2003, serving as Chairman from 2015 to 2019 and
as interim CEO from May 2017 to December 2017.

“We are fortunate to have Jesse assume the Wiley Chairman role,
continuing the Family’s long-standing commitment to our people, our
culture and our market leadership,” said Mr. Kissner “Working with Brian
and the Wiley leadership team in an operational capacity is an exciting
opportunity for me to contribute to Wiley’s long term success in
Research and Education.”

“It is an exciting time in Wiley’s long and illustrious history,” said
Mr. Wiley. “Our foundation is solid, our opportunities in Research and
Education are only getting bigger, and we are in exceptional hands with
Brian Napack, his management team, and all my fellow Directors. We thank
Matt for all that he has done and will continue to do.”

Wiley is a global leader in research and education. Our online
scientific, technical, medical, and scholarly (STMS) journals and
digital learning, assessment, certification and student-lifecycle
services and solutions help universities, academic societies,
businesses, governments and individuals to achieve their academic and
professional goals. For more than 200 years, we have delivered
consistent performance to our stakeholders. The Company’s website can be
accessed at www.wiley.com.