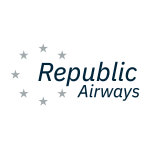 INDIANAPOLIS–(BUSINESS WIRE)–#Embraer–Republic Airways Vice President of Information Technology Nirav Shah was recognized as one of the top CTOs in the Indianapolis area on Thursday, August 22, by the Indianapolis Business Journal and TechPoint.

“Many people take technology in the airlines for granted and don’t realize the opportunity we have to be innovative,” Shah said. “I’m fortunate to be part of a company that moves as fast as technology changes and be trusted to lead a team through projects that change the way we work.”

Shah, who joined Republic in December of 2017, has spearheaded rapid changes at the airline through digital transformations around data analytics, business continuity and disaster recovery programs as well as the technology supporting the launch of the airline’s flight school Leadership in Flight Training (LIFT) Academy.

LIFT Academy, although less than one year in operation, is known throughout the aviation training industry as being one of the most tech-forward training environments available for pilots. Shah’s visionary style and determination to lead the airline through new technology investments of tools, cloud solutions and new support processes to sustain long term growth were key drivers that led to the successful start of this business division in September 2018.

LIFT has been progressive not only through the technology it uses in training but also in marketing the program. Shah and his team were major players in creating the LIFT Lab, a mobile virtual reality flight experience that gives users the sensation of flying. The LIFT Lab was created last July and has been a highlight at more than 150 events ranging from airshows to Dell Technologies World.

“In Nirav’s short tenure, he has earned the respect of our business units, improved our agility to recover IT operations and has made a profound contribution to our business continuity and forward-thinking tech strategy, including that of LIFT Academy,” said Bryan Bedford, president and chief executive officer at Republic. “We’re certain his leadership will continue to take us to higher levels of operational reliability and performance.”

The biographies of the TechPoint CTO of the Year honorees can be found at www.ibj.com.

Republic Airways, based in Indianapolis, operates a fleet of nearly 200 Embraer 170/175 aircraft and offers scheduled passenger service with about 1,000 daily flights to 100 cities in 40 U.S. states, Canada, the Caribbean and Central America. The airline provides fixed-fee flights operated under its major airline partner brands of American Eagle, Delta Connection and United Express. The airline employs more than 6,000 aviation professionals. Visit www.rjet.com for more information, follow the Company on Instagram, Twitter and YouTube, and connect on Facebook or LinkedIn.