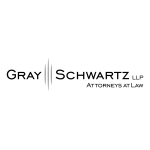 The new firm is also launching its affiliated consulting arm, GS Consulting, which will provide non-legal consultation services from script-to-screen and script-to-stage.

In addition to actively practicing law, Gray and Schwartz have produced dozens of films and theatrical works during their half century of combined experience in the industry. Gray has produced and executive produced more than 60 films, while Schwartz has produced numerous theatrical productions, including The Band’s Visit, winner of 10 Tony Awards including Best Musical.

Their dual roles as lawyers and producers is embodied in Gray Schwartz’s 13,000-square-foot office in New York City, which is equipped with a state-of-the-art post-production facility and screening rooms. They have long combined law office and post-production space, facilitating a seamless integration of artists and lawyers with a hands-on approach both distinct and singular in the legal arena.

Their prior firm, Gray Krauss Sandler Des Rochers LLP, which Gray founded in 1998 and grew to 21 lawyers, provided production counsel and other legal services on more than a thousand narrative and documentary films. In January alone, GKSD’s clients premiered 27 films at the 2019 Sundance Film Festival. Schwartz also currently serves as production counsel for The Lightning Thief, which opens October 16, 2019 on Broadway.

“I am incredibly proud of GKSD’s accomplishments over the past 20+ years. The opening of Gray Schwartz enables us to narrow the focus of the law practice, while still tapping into our broad production experience and vast entertainment community to counsel clients on matters critical to the execution and success of their projects,” Gray said. “Championing the diverse voices and stories of artists is more vital now than ever.”

“Our experience as lawyers and producers gives us a unique perspective and position to bridge the communications gap that often exists among collaborators in the entertainment industry,” said Schwartz. “We understand the challenges they face and are able to quickly provide creative solutions.”

Gray, who has been practicing law for nearly three decades, is highly regarded in the independent film community as an attorney, producer, and advisor to filmmakers, producers, financiers, and distributors. He has acted as production counsel on noted documentary films including One Child Nation (2019 Sundance Documentary Grand Jury Prize); American Factory (2019 Sundance Documentary Directing Award); and Life, Animated (2016 Sundance Documentary Directing Award; 2017 Academy Award Nomination for Best Documentary Feature); as well as seminal independent narrative films such as The Station Agent, Black Swan, and Precious, providing filmmakers with legal and creative consultation from acquisition of rights through delivery to the distributors. His producing credits include Blue Caprice (2013 Sundance); Words with Gods (2014 Venice International Film Festival); Nightingale (HBO – 2015 Primetime Emmy Nomination for Outstanding Television Movie); and Dark Night (2016 Sundance). A former adjunct professor at Columbia University School of the Arts, Gray earned his J.D. from Fordham University School of Law.

Schwartz has been structuring and negotiating complex transactions in the entertainment industry since 1995. Concentrating in theatre, film, and television, he represents and counsels producers, investors, writers, directors, composers, and various other creatives across the spectrum. Clients include tour production company NETworks Presentations, multiple Tony Award-winning Broadway producer Orin Wolf, the New York Musical Festival, and TheatreWorksUSA. He has served as production counsel for noted shows including national tours of Once on this Island, A Bronx Tale, The King and I, Falsettos, Finding Neverland, Once, and The Lightning Thief. A Tony Award-winner himself, his Broadway producer credits include The Band’s Visit, Hands on a Hardbody, and Once (8 Tony Awards including Best Musical). Schwartz received his J.D. from the University of California, Hastings College of the Law.