HANGZHOU, China, Oct. 11, 2021 /PRNewswire/ — In a recent Economist Intelligence Unit ranking of emerging Chinese cities, Hangzhou, Shenzhen, Guangzhou, Shanghai and Zhuhai stood out as the top five. These cities in southeast China are estimated to boast the greatest economic growth potential in the next five years and are expected to play an important role in China’s transition to a more technology-driven growth model. 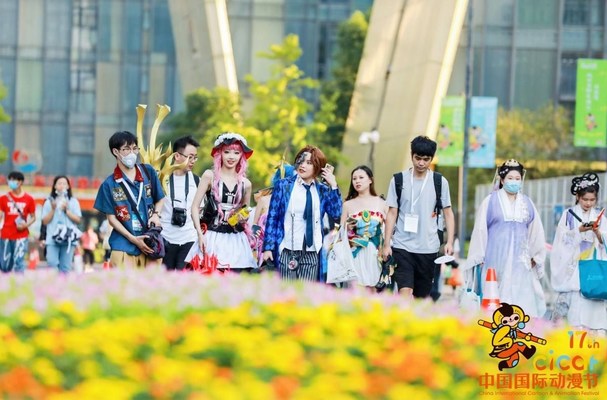 Hangzhou, the pioneer city in China’s digital economy development, topped the ranking. According to the analysis, the eastern Chinese city will become an important distribution center of the country’s new digital resources and play a more important role in the new round of global economic system reconstruction, which is different from the globalization brought about by the last round of goods trade and financial resources flow and a series of international cities formed by it.

Hangzhou and other eastern coastal cities will benefit from the central government’s expected innovation and productivity drive under the 14th Five-Year Plan, as they have attracted large inflows of skilled workers, according to the report. Meanwhile, the pandemic has contributed to transformative changes in business dynamics. E-commerce penetration deepened as consumers developed a stronger preference for online shopping and businesses adopted new marketing formats, like live streaming.

According to Hangzhou Municipal Government, Hangzhou’s rise in China’s emerging market status and great potential for future economic growth are inseparable from the surging power of the digital industry. Data showed that in the first quarter of this year, the core industries of Hangzhou’s digital economy achieved a total added value of 112 billion yuan, up 28.1 percent year on year, achieving an average growth of 16.6 percent in two years and accounting for 26.7 percent of GDP.

While continuously upgrading the level of digital industry, Hangzhou has accelerated the development of industrial Internet, 5G and other new-era infrastructure, with emerging digital applications such as smart workshops and digital factories.

With a booming digital economy featuring smart digital governance and convenient digital life, Hangzhou, a city known for its beauty over the past thousands of years, has made digitalization as its most distinctive symbol of the times. Digitalization also makes Hangzhou a distribution center of new digital resources in China, and plays a pivotal role in the new round of transformation of China’s economy facing globalization, driving the reconstruction of various elements such as trade, manufacturing, artificial intelligence development and design.

The upgrading and vigorous development of urban industry cannot be separated from the support of talents. In terms of attracting talents, Hangzhou has a dazzling performance sheet: for three consecutive years, the net inflow rate of domestic and overseas talents and the net inflow rate of Internet talents remain the first in China, and it has been selected as one of the most attractive Chinese cities in the eyes of foreign talents for ten consecutive years. Why is Hangzhou so charming?

“All the work to improve the quality of the city comes down to attract and retain talents.” This is Hangzhou’s answer as well as its vision. In Hangzhou, a consensus has been reached that talent is the most important resource, and the major policies of the city must be coordinated with talent work in advance. Issues related with talent work that need coordination will also be put on the agenda for discussion and solution at the earliest opportunity.

More than 100 international students from more than 40 countries have entered the first entrepreneurship park for international students in Hangzhou. So far this year, Wei Shang, an Indian student, has won orders of nearly 400,000 yuan to sell Chinese products to India. Anna Lu, a British student, founded an education consulting company, introducing excellent foreign teachers to many universities in Jiangsu and Shanghai.

Hangzhou citizens are the most fashion-conscious people I have ever met. They stress civilization and courtesy, and their lives are full of the pursuit of individuality and internationalization, according to Alan Wilkinson, an Englishman who has lived in Hangzhou for many years.

The unique fashion consciousness of Hangzhou citizens can be said to come from the cultural genes engraved in Hangzhou, a famous city with a thousand years of history and culture. Today’s Hangzhou, with prosperous culture, has become a city of animation, exhibition and contest. The China International Animation Festival, which has been held 17 years, has been held as a carnival for animators in China and even around the world. More and more animation companies and creators are racing to explore this rich mine in Hangzhou and promote the integration of animation culture into every aspect of the city.

The 15th Hangzhou Cultural & Creative Industry Expo to be held this year will continue to stimulate the endogenous power of Hangzhou’s cultural industry and let Hangzhou citizens enjoy the feast brought by global creative culture; The 14th FINA World Swimming Championships in 2018 showed the world Hangzhou’s comprehensive strength and ability to run the competition. Former FINA President Julio Maglione once said that they spent a very unforgettable time in Hangzhou, a city of vitality. In 2022, Hangzhou will host the 19th Asian Games, and more and more top-level events will be settled in Hangzhou, which will gradually brand the city with distinct sports marks.

Hangzhou is committed to building itself into a digital city to inject new momentum into the construction of an innovative city, a green city to highlight ecological civilization, a city of humanity with stronger historical and cultural charm, a happy city as an example of Zhejiang’s high-quality development and common prosperity demonstration area, and an open city with increasing internationalization.