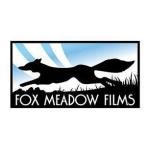 Idolized is about a black former gang member who enters an
American Idol type singing competition to escape his gang roots and
stigma of being gay in his community. During the competition, he falls
in love with his main rival competitor, an older, white, former
Christian music singer trying to come out of the closet and make it as a
pop star. As the show pits the two against each other, circumstances
force the unlikely lovers to choose between each other and winning the
competition.