NEW YORK–(BUSINESS WIRE)–Eisner, LLP today announced that it has expanded its entertainment
practice with the addition of Kerry
Smith, most recently the head of the television and film group in
New York for Greenspoon Marder LLP. Smith joins Eisner as a partner and
will work from both the New York and Los Angeles offices. Another former
Greenspoon Marder attorney, Darien
Schwartz, joins Eisner as an associate in the New York office. 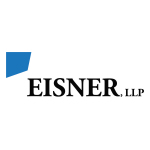 “Kerry is a well-known talent who brings deep industry ties and
experience to her work,” said firm chair Michael
Eisner. “Her bicoastal entertainment practice makes her an ideal
match for Eisner, and her addition provides another signal of our
momentum in New York.”

Over the course of her nearly two-decade-long career, Smith has focused
her practice on television and film production, representing companies
producing a wide variety of programming, including the producers of the
Primetime Emmys and the Tony Awards. She also represents writers,
directors, and on-air talent. Smith previously served as a television
agent at Artists Agency in New York and later as the director of
business affairs at ABC Entertainment.

Schwartz focuses his practice in the entertainment and media space as
well. He previously held positions at various music-related
entertainment companies and has been involved in numerous television and
film productions, including Billboard Women in Music, the Tony Awards,
and IMDb’s Unmade.

“We are thrilled to have Kerry and Darien join our team in New York,
where our presence is only continuing to grow,” said Leslie
Corwin, managing partner of Eisner’s New York office, who joined the
firm last June with partner Simon
Miller. “When we launched the New York office last year, it was our
goal to attract high-level talent, particularly in the media and
entertainment space, and with the arrival of Kerry and Darien, we’ve
done just that.”

“I’m looking forward to joining Eisner’s renowned entertainment group,”
said Smith. “The firm already has a national reputation and is now
poised for tremendous growth in New York. I’m excited to complement the
work of the talented lawyers across the entire firm.”

Founded in 1999, Eisner,
LLP is a full-service business and entertainment firm. Our
comprehensive services include sophisticated counsel in the areas of
entertainment, media, and the arts, corporate, real estate, and
litigation, from lawyers committed to providing efficient services of
the highest quality.