NEW YORK–(BUSINESS WIRE)–BET PRESENTS: 2019 SOUL TRAIN AWARDS celebrated the best and brightest stars across R&B, Gospel, Adult Urban Contemporary and Soul by highlighting both living legends and breakout stars with unrivaled musical moments and show-stopping performances. This year marks an iconic year for The Soul Train Awards which aired live this evening, November 17, 2019 at 8pm ET on BET and BET HER from the Orleans Arena in Las Vegas. Iconic best friend duo Tisha Campbell and Tichina Arnold, returned for the second year, making an incredible entrance with a show stopping opening musical compilation filled with comedy, nostalgia and soul. 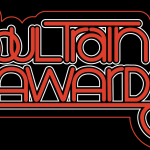 Chris Brown ft. Drake led the pack as the evening’s most awarded artists, dominating in three categories including Song of the Year, Best Dance Performance and Best Collaboration Performance. Lizzo followed closely claiming Video of the Year for “Juice” and Album/Mixtape of the Year for “Cuz I Love You”. Cardi B solidifies her status as a hip-hop powerhouse receiving the Rhythm & Bars (Best Hip-Hop Song of the Year) for “Money,” H.E.R is recognized for Best R&B/Soul Female Artist and Khalid received the honor of Best R&B/Soul Male Artist. Beyonce is honored with one of the most coveted awards of the night, the Ashford and Simpson Songwriter’s award, for her songwriting and vocals for “Brown Skin Girl,” a collaboration with Saint Jhn and WizKid, which has received tremendous praise and also marks her daughter Blue Ivy Carter’s first songwriting credit.

The BET PRESENTS: 2019 SOUL TRAIN AWARDS was a night filled with moving performances, appearances, and special moments. Kicking off with a surprise appearance by Pose star, MJ Rodriguez, joining hosts Tisha Campbell and Tichina Arnold on stage during the opening number. Later, K. Michelle brought a modern take to a beloved classic, performing her rendition of New Edition’s “Rain.” Legendary songwriting duo, Jimmy Jam and Terry Lewis, were honored with a two-part tribute at the show, highlighting the diversity and range of their top-hits from dance songs to ballads, with performances by Boyz II Men and Stokely. In one of the hottest collaborations of the year, Wale and Jeremih performed “On Chill” with a special appearance by Kelly Price and Tiana Major9 and Earthgang gave a powerful spoken word piece on the importance of unity and love, during their performance of the hit “Collide,” bringing the house to its feet. Additional performers include R&B singers TeaMarr, SiR, Luke Ro, Pink Sweat$, Sounds of Blackness and Queen Naijia bringing passion and energy to the stage. Finally, after graciously accepting the Lady of Soul Award, Yolanda Adams brought down the house with a passionate compilation of her chart-topping hits, bringing the Orleans Arena to its feet.

The full winners list for BET PRESENTS: 2019 SOUL TRAIN AWARDS is below.

Album/Mixtape of the Year – Lizzo – “Cuz I Love You”

Song of the Year – Chris Brown ft. Drake – “No Guidance”

Jesse Collins Entertainment (JCE) is a full service television and film production company founded by entertainment industry veteran and Emmy® Award nominee Jesse Collins. For more than a decade, the company has played an integral role in producing some of television’s most memorable moments in music entertainment including groundbreaking and award winning television programming including the BET Awards, Soul Train Awards, BET Honors, UNCF An Evening of Stars, ABFF Awards and the BET Hip Hop Awards. On the scripted side, JCE has produced numerous shows for BET including Real Husbands of Hollywood starring Kevin Hart as well as the critically acclaimed The New Edition Story, a biopic on the boy band that aired as a 3-part mini-series. It posted record ratings for the network and attracted nearly 30 million viewers. It was followed by The Bobby Brown Story, which chronicled the talented but troubled singer’s exit from the popular ’80s boy band through his solo success, and was the highest rated non-tentpole program on the network since The New Edition Story. The company’s second season of American Soul, the critically-acclaimed period drama based on the untold rise of the iconic music and dance program Soul Train, will debut in 2020. For VH1, JCE has produced the network’s annual Mother’s Day special, Dear Mama and the hit game show Hip Hop Squares and for HBO, the hit comedy special, Amanda Seales I Be Knowin’. JCE also produced Rhythm and Flow where judges Cardi B, Chance the Rapper and T.I. searched for the next breakout hip-hop star in this music competition series for Netflix and Nashville Squares for CMT. Collins is also a producer for The Grammy Awards and was on Billboard’s R&B/Hip-Hop 100 Power Players list. He has been featured in numerous publications including Ebony magazine’s Power 100 issue and on the cover of Vibe magazine. Go to http://www.jessecollinsent.com/ for more information on the company.

SOUL TRAIN HOLDINGS, LLC was formed in May 2008 and is owned by InterMedia Partners and a partnership between Magic Johnson Enterprises and Ron Burkle’s investment firm, The Yucaipa Companies. The iconic franchise and catalog consists of more than 1,100 episodes and 40 specials from Don Cornelius Productions, Inc. Soul Train is the longest running, first-run, nationally syndicated music program in television history. During its 35-year run, the show featured lasting innovations such as the Soul Train line and the legendary sign off “Love, Peace and Soul.” At the heart of the show was Don Cornelius, the dancers and influential artists such as James Brown, Al Green, Ike & Tina Turner, Hall & Oates, Donna Summer, Marvin Gaye, The Jackson 5, Aretha Franklin, Stevie Wonder, Elton John, Whitney Houston, David Bowie, Prince, Run D.M.C. and Destiny’s Child.

ABOUT THE ORLEANS ARENA

The Orleans Arena, a Boyd Gaming facility located just west of the Las Vegas Strip, is one of the nation’s leading multi-purpose sports and entertainment facilities and the 2014 recipient of the Venue Excellence Award from the International Association of Venue Managers. In addition, the Orleans Arena is one of only a handful of arenas in the United States to achieve LEED Gold Certification and is part of the largest company in Nevada to achieve SHARP Certification for commitments to safe venue operations. According to Venues Today magazine, the Orleans Arena, which hosts more than 200 events each year, consistently ranks in the Top 10 for ticket sales in the United States and internationally among venues of similar size. These events include nationally touring concerts, NCAA basketball conference tournaments, family shows, motorsports and other unique events. For more information, call 702-365-7469 or visit www.OrleansArena.com. Stay connected to the Orleans Arena on Facebook (www.facebook.com/orleansarena) and on Twitter (@orleansarena).