MIAMI–(BUSINESS WIRE)–#hawk–Packers fans gathered ahead of the London game to enjoy an array of NFL team activities, including a demonstration of StatusPRO’s NFL PRO ERA, the first NFL and NFLPA-licensed virtual reality (VR) simulation gaming title. The activities were part of a series of special events designed to bring the spirit of the NFL and Green Bay to London in advance of the team’s first-ever regular season international match-up with the New York Giants at Tottenham Hotspur Stadium for the 2022 London Games. 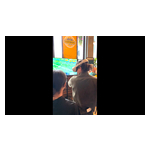 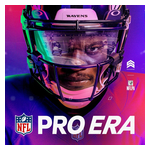 Pep rally participants at Belushi’s Sports Bar, London Bridge were particularly hyped to trial NFL PRO ERA firsthand, bringing fans closer to the gridiron than ever before and helping to build excitement in advance of the Packers game in London. Packers fans were immersed in the pro athlete experience and had an opportunity to play like professional football players through NFL PRO ERA’s first-person 3D perspective as QB1.

StatusPRO, a sports technology and gaming company, is a portfolio company of TitletownTech, a venture capital firm formed out of a partnership between the Green Bay Packers and Microsoft. The company uses real-time NFL game data to create authentic extended reality experiences. NFL PRO ERA is now available on Meta Quest and PlayStation® VR and presents a new level of football gaming.

“The Packers, through TitletownTech, are proud to support StatusPRO and their industry-leading innovation in the VR realm,” said Green Bay Packers President and CEO Mark Murphy. “The Packers have fostered a special connection with fans for more than 100 years, and StatusPRO’s cutting-edge technology will reach even more fans with an incredibly immersive experience.”

Developed by former football players who work with a team of best-in-class developers to include every possible detail from the quarterback’s perspective, NFL PRO ERA puts the player in the driver’s seat of gameplay action and delivers an authentic VR experience.

“At StatusPRO, we are excited to use our technology to help expand the reach of the NFL and teach fans the game of football,” said Troy Jones, StatusPRO Co-Founder, Chief Executive Officer, and former Div-1 quarterback. “Being a part of this exciting activation for the 2022 London Games is our first time showcasing NFL PRO ERA in an international market, and we’re thrilled to give fans a first-person experience of what it’s like to compete on Sunday’s through virtual reality,” added Jones.

“We’re offering a wide variety of gameplay modes for players of all levels, including a 2-minute drill that helps engage fans and expose them to the game of football through a new lens,” said Andrew Hawkins, StatusPRO co-founder and President. “Working with the Packers to showcase how innovation and technology can drive fan growth and engagement while broadening the NFL’s global reach has been an incredible follow-up to our recent product launch,” added Hawkins.

StatusPRO, Inc. is a sports technology company that combines data with augmented, mixed, and virtual reality to provide a suite of training and gaming products that revolutionize the way coaches, players, and fans experience their favorite sport. Headquartered in Miami, FL, StatusPRO is minority-owned and led, where almost half of its employees in the United States are former athletes. StatusPRO’s ties to the NFL and the NFLPA began in its club locker rooms when co-founders and former elite football players Troy Jones and Andrew (Hawk) Hawkins had a vision to develop Pre Game Prep, a tool that would bring the brand’s proprietary technology to NFL teams with the goal of improving the athlete training experience, which is now being utilized by NFL teams. The company’s investors include notables such as Naomi Osaka, LeBron James, Maverick Carter, Paul Wachter, Drake, Jimmy Iovine, along with investment groups Greycroft, TitletownTech, Verizon Ventures, Haslam Sports Group, 49ers Enterprises and SC Holdings.

The National Football League is America’s most popular sports league, comprising 32 franchises that compete each year to win the Super Bowl, the world’s biggest annual sporting event. Founded in 1920, the NFL developed the model for the successful modern sports league, including national and international distribution, extensive revenue sharing, competitive excellence, and strong franchises across the country.