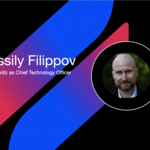 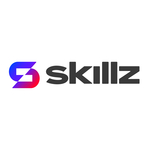 “We are thrilled to welcome Vassily to Skillz. He has a demonstrated track record of leading engineering teams at some of the industry’s most respected technology companies,” said Andrew Paradise, CEO of Skillz.

As Chief Technology Officer, Filippov will report directly to Paradise while leading the global engineering teams at Skillz. As the company focuses on profitable growth, Filippov will be responsible for the technical roadmap of Skillz competition platform.

“I’m excited to join Skillz at this pivotal time in the company’s journey as we build the future of competition,” said Vassily Filippov. “Coming to Skillz is truly reconnecting me to my gaming roots and re-igniting my passion to serve the needs of players around the world.”

Having grown up playing Atari 800XL and C64 games, Filippov turned his childhood passion for video games into an extensive career with 20+ years in the gaming industry. Filippov has made games at studios such as Sony, Riot Games, and Sierra On-Line, working on franchises including “God of War” and “League of Legends.”

Skillz is the leading mobile games platform dedicated to bringing out the best in everyone through competition. The Skillz platform helps developers create multi-million dollar franchises by enabling social competition in their games. Leveraging its patented technology, Skillz hosts billions of casual esports tournaments for millions of mobile players worldwide, with the goal of building the home of competition for all. Skillz has earned recognition as one of Fast Company’s Best Workplaces for Innovators, CNBC’s Disruptor 50, Forbes’ Next Billion-Dollar Startups, Fast Company’s Most Innovative Companies, and the number-one fastest-growing company in America on the Inc. 5000. www.skillz.com