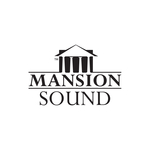 Mansion Sound, part of The Mansion Entertainment Group headquartered in Branson, Missouri, encompasses a strategically defined global brand of creative production entities. In addition to Mansion Sound, the core brand includes Mansion Animation, Mansion Film & Television and Mansion Studios, an unprecedented industry defining film and television production and post production campus now in full development and pre-construction. At the heart of the group is the Mansion Theatre for the Performing Arts, a 3,000-seat multi-purpose venue that is currently celebrating its thirtieth anniversary and is considered the premiere center for the performing arts in the Midwest United States.

Mansion Sound’s new SSL Duality Fuse is the first and only 96-input configuration of the console to be manufactured and installed anywhere in the world, positioning the studio as a unique and powerful destination for audio production. Both SSL-equipped control rooms can access 128 lines from the 75X50 foot theatrical/ film scoring stage or a spacious tracking room and have been designed and outfitted for Dolby Atmos 7.1.4 immersive mixing by Danny Stone, Mansion Sound’s Chief Engineer.

The credo of the organization, which was founded by owner Gene Bicknell and is operated under the guidance of CEO Larry Wilhite, is to bring joy, hope and exceptional family entertainment to the world through the core Mansion brands. The inaugural project recorded and mixed through the SSL Duality Fuse was An Ozark Mountain Symphony: A Musical Celebration, an hour-long special featuring The Springfield Symphony Orchestra and a galaxy of Disney, Broadway, gospel and country music stars. Filmed live in concert at the Mansion Theatre For The Performing Arts, it was recorded and mixed at Mansion Sound by multiple Grammy and Emmy winning producer and engineer David Reitzas and will premiere on PBS nationwide later this year and in 2023.

According to Larry Wilhite, CEO, Mansion Entertainment Group, “It’s overwhelming and humbling to have been able to develop and grow these facilities, encompassing our studios, sound stages, and stage for television and live performances. The team that has been assembled in every area where this company has grown its brand is unprecedented. It’s good to know that no corners have been cut and perfection prevails. It’s more than I ever dreamed of in my lifetime or career. We’re going to use everything to the best of our abilities and hopefully bring a lot of joy and happiness to the world, whether through animation, film, music, live performances or life in general.”