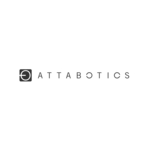 In October 2020, the DoD 5G-to-Next G Initiative (5GI), overseen by the Office of the Under Secretary of Defense for Research and Engineering, announced $600 million in awards for 5G experimentation across numerous U.S. military test sites. Focused on increasing and optimizing the performance of the warehouse, the Albany-based 5G-enhanced warehouse will feature Attabotics’ high bandwidth and ultra-low latency solution in tandem with maximum wireless security to allow for the development and testing of autonomous robotic inventory management and augmented and virtual reality applications for improved workforce efficiency in warehouse operations.

“It’s an honor to continue expanding our networks to our North American counterpart,“ said Scott Gravelle, founder and CEO of Attabotics. “The application of Attabotics’ system in Albany’s 5G-powered warehouse demonstrates the diversification of fulfillment in today’s landscape beyond e-commerce. We’re looking forward to working closely with KPMG and the U.S. DoD to optimize operations for the United States Marine Corps (USMC).”

Attabotics’ scalable automated storage and retrieval system condenses traditional warehouse aisles into a single, vertical structure. Inside the structure, robotic shuttles move in three-dimensional space to allow for additional storage capacity and throughput to support growth without the need for expansion. Accompanied by Federated Wireless’ private LTE network, Attabotics enables unprecedented capabilities to command an ultra-fast and reliable robotic fleet, ensuring that real-time information is not only reported, but works in conjunction with artificial intelligence routing and correction.

With Attabotics, the Albany facility’s logistics operations include identification, recording, organization, storage, retrieval, and inventory control of material and supplies. Additionally, the ‘smart warehouse’ will create an opportunity for testing, refining, and validating emerging 5G-enabled technologies.

KPMG LLP is the U.S. firm of the KPMG global organization of independent professional services firms providing audit, tax, and advisory services. The KPMG global organization operates in 145 countries and territories and has close to 236,000 people working in member firms around the world. Each KPMG firm is a legally distinct and separate entity and describes itself as such. KPMG International Limited is a private English company limited by guarantee. KPMG International Limited and its related entities do not provide services to clients. Some or all of the services described herein may not be permissible for KPMG audit clients and their affiliates or related entities.

KPMG is widely recognized for being a great place to work and build a career. Our people share a sense of purpose in the work we do, and a strong commitment to community service, inclusion and diversity, and eradicating childhood illiteracy. Learn more at www.kpmg.com/us.

Attabotics is the world’s first 3D robotics supply chain system for modern commerce. Inspired by the framework of ant colonies, Attabotics replaces the rows and aisles of traditional fulfillment centers with a patented storage structure and robotics shuttles that utilize both horizontal and vertical space, reducing the company’s warehouse needs by 85 percent. By empowering retailers to place fulfillment centers near high-density urban areas, Attabotics helps create jobs and decrease carbon emissions by closing the last- mile delivery gap. Attabotics has been adopted by major brands including luxury department store Nordstrom and other retailers across apparel, food and beverage and home goods. Attabotics is based in Calgary, Alberta, Canada with fulfillment centers across the United States and Canada.