MINNEAPOLIS–(BUSINESS WIRE)–Lucky Charms is extending its magic beyond the cereal bowl and transforming neighborhoods into Lucky the Leprechaun’s world with the launch of the brand’s first augmented reality game, “Journey to the Magic Gems.” Together, families can play the game to harness the power of the new Lucky Charms Magic Gem charms – which have been stowed away in the goblin den for centuries – to see in the (virtual) dark with rainbow vision and even unlock the chance to give their local park an LED lights glow-up. 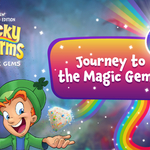 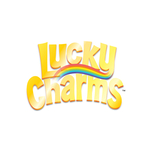 Supported in partnership with Niantic, the creators of Pokémon GO, the Journey to the Magic Gems free mobile web-based AR game celebrates the nationwide return of the limited-edition Lucky Charms Magic Gems cereal which quickly sold out on shelves earlier this summer. Each Magic Gem, holding within them the power of rainbow vision to see in the dark, helps whoever finds them navigate their way through the darkest of places.

“This new experience invites families to get outside and explore Lucky’s world by unlocking the power of his charms to find the newly coveted magic gem,” said Mindy Murray, Sr. Marketing Communications Manager at General Mills.

To play, families can visit journeytothegems.com or use the QR code on the Lucky Charms Magic Gems cereal box to launch the web-based AR game experience, which was developed using Niantic’s 8th Wall platform. From there, families are encouraged to head to their nearest park to play the game and join Lucky on his magical adventure.

At the start of the game, players will be introduced to an AR version of their surroundings and prompted to find the first Magic Gem. Once found, the power of rainbow vision is unlocked, and the phone screen will transition to dark mode. Players must harness the power of the Magic Gems to see in the dark and collect all the magically delicious charms that are hidden in plain sight.

Those who opt into the sweepstakes prior to starting the game and collect Lucky Charms are eligible for a chance to win the ultimate prize, the chance to nominate a local park of their choice for an LED lights glow-up. The Lucky Charms-inspired park glow-up will harness the rainbow vision power of the Magic Gem to light up the park in a new way giving families the opportunity to enjoy even more playtime together.

Grab your own box of limited-edition Lucky Charms Magic Gems as they magically appear on shelves at retailers nationwide and join in on the fun of exploring Lucky’s world.