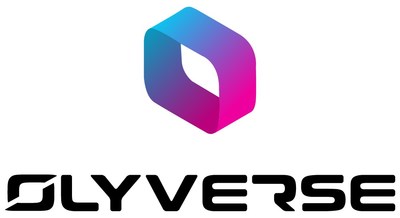 Olyverse introduces for the first time a new format of NFTs: NFS (Non-Fungible Story), 3D animated films in the metaverse, based on a collection of NFTs, unique and authenticated digital assets that give buyers access to avatars inspired in the stars involved in the films. Buyers are also granted additional benefits like deciding upon the series’ storylines, participating in auditions with the stars, enrolling in acting courses and attending exclusive events. The first NFS will be directed by filmmaker Koldo Serra and will star Álvaro Morte.

According to Álvaro Morte, “We have introduced a new form of artistic expression, telling stories which have collectively developed together with the audience, thus fostering social interest in culture. We do this through NFTs, creating iconic collections of films with world-class stars who will appear throughout the series’ storyline.”

The first NFS of the series is titled “The art leader;” a hacker, played by Morte’s character “Olyver”, takes on the mission of saving works of art that a malicious hacker is threatening to steal and destroy. Olyver recruits different well-known personalities from various disciplines and with different skills.

Koldo Serra, co-director of Money Heist, will be the series director and screenwriter: “As a filmmaker, coming up with creative ways to tell stories to the world is an exciting challenge to face. I have never before seen such an open and collaborative way of creating art.”

The launch event took place in Madrid, and it served as the backdrop to the unveiling of the project’s star production:  the first collection of NFS, a new and futuristic web3 platform, and a video teaser of Olyverse starring Álvaro Morte.

The project is the brainchild of Carlos Grenoir, an engineer specialized in neuroscience, who explained: “the current digital landscape is rooted in centralization, where platforms and institutions monopolize all creative and business processes, leaving users in the side lines. With the introduction of a new web3, users are granted access to the creative process, empowering and giving them rights to their assets. This allows us to create a more collaborative ecosystem and open new avenues for collective creation.”

As a community-based project, Olyverse has a social side. For example, Olyverse and the stars taking part will donate part of their income made to different organizations. The first will be associated with Álvaro Morte’s first collection who will be donating part of the profits to fight childhood cancer, through the CRIS foundation.

Former footballer Carles Puyol, vice-president of the company, has also explained how the project began: ” When my great friend Iván de la Peña told me about Carlos Grenoir’s idea, I didn’t hesitate for a moment. Since then, it has become one of my most personal projects.”

During the event it was also revealed that Turkish actor Kerem Bürsin, known for his role in the series “Love is in the air”, had been added to the cast of the series.

Olyverse is a digital entertainment 3.0 brand from Olyseum, creating a new audio-visual format, and connecting stars and their fans through digital assets.