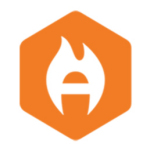 PORTLAND, Ore.–(BUSINESS WIRE)–Abom,® Inc., an optics technology company that designs, manufactures and sells advanced active anti-fog eyewear and goggles for the outdoor sports, military and industrial markets (www.abom.com), announced today that technology industry veteran James A. Fitzhenry has been appointed as Chief Executive Officer and that Jack Cornelius, the Company’s co-founder, will become the Company’s President. Fitzhenry is a Portland resident and spent eight years as Executive Vice President, President and CEO of test and measurement equipment company Schmitt Industries, Inc. (Nasdaq: SMIT). Prior to joining Schmitt, Fitzhenry spent 15 years as a senior executive at FLIR Systems (Nasdaq: FLIR). He has served on both public and private company boards and will also serve as Chairman of Abom’s Board of Directors. Jack Cornelius is co-founder of Abom along with David McCulloch, and has served in a number of capacities, including CEO. His focus as President will include further expanding the Company’s extensive library of intellectual property and accelerating technology and product development, including the integration of visual and locational sensor and AR data into its goggles and other eyewear designs.

“Abom is at an exciting inflection point as the Company works to expand its markets, including sales to the US Military, and its product capabilities, including the integration of optical sensor data such as infrared imaging and augmented reality onto the lens by virtue of a heads-up display design. My focus will be on helping to ensure that the Company can successfully execute on its strategic goals,” commented Fitzhenry.